About us - Ski Center Heemskerk

Skicentrum Heemskerk, the winter sports paradise of Heemskerk, right next to the A9 highway and only a twenty-minute drive from Amsterdam. As soon as you step inside you immediately get a holiday feeling. The atmospheric après-ski bar, the smell of ski wax, the beautiful shop and the indoor tracks give you a winter feeling.

The team and the owners, Marko van der Zande and Richard Molenaar, are passionate and knowledgeable. Skicentrum Heemskerk wants to offer its customers the best possible preparation for their winter sports, which is why the team trains in the shop, on the indoor track and in the snow. The skis are tested, the shoes are fitted and everyone, both on the track and in the shop, is a certified ski instructor. 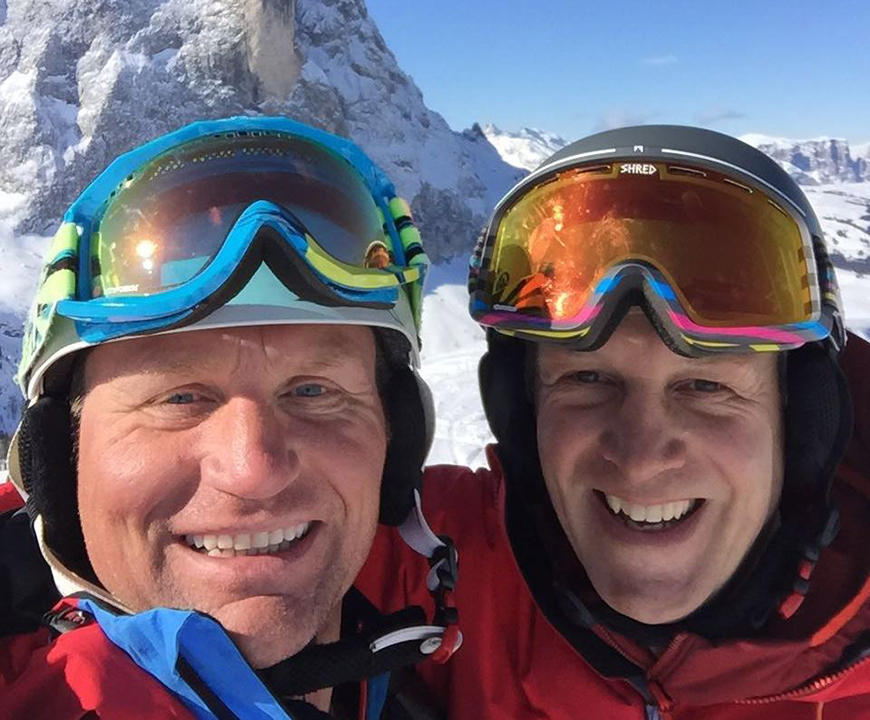 Skicentrum Heemskerk is known in North Holland and far beyond for its expertise in bootfitting, ski maintenance and its unprecedented range of hardware, such as one of the most extensive collections of ski boots in the Netherlands and of course a wide range of skis and snowboards.

Skicentrum Heemskerk goes for quality. That means that skis are tested in the snow before they are purchased. Our own reviews can be found in the webshop and on YouTube. Besides our own reviews, we participate in the ski test for the Wintersport Magazine of the Dutch Ski Association and we know better than anyone what is going on in the market.

Of course, this equipment needs to be maintained. Marko van der Zande started doing this 30 years ago and Skicentrum Heemskerk emerged from this. We now have the most modern equipment to keep the ski and snowboard material of our clients, but also for many competitive skiers, in top condition.

We are proud of our ski school. Under the leadership of Richard Molenaar the basics of skiing and snowboarding are taught on the indoor track. But also as an advanced skier and snowboarder Heemskerk Ski Centre is the right place to be. Techniques can always be improved.